Smart home installation in Mclean, VA generally isn’t on the list when people think about calling their local electrician, so it surprises many people to learn that sure, we can do all of the stuff mentioned above, and we can turn your home into a smart house too.

The first question we get when people find that out is almost always some variation of: Yes, but why would I want to do that?

It’s a fair question. Technologists have been promising since the 1960’s that the day was soon coming when we’d all live in homes that looked and felt a lot like the one that The Jetsons of cartoon fame lived in.

While there have been several attempts at replicating that home environment over the years, all of them fell well short of the promise. The technology just wasn’t mature enough. That has now changed.

You’ve probably seen advertisements for everything from smart refrigerators to smart dishwashers and washing machines and more. Wouldn’t it be great if you could combine all of the capabilities of those appliances, and more, under a single umbrella so you could control most of the appliances in your home from a single console?

That’s what a smart home installation in Mclean, VA will allow you to do. If that idea by itself doesn’t get you excited, consider just a few of the possibilities this opens up:

A smart home installation in Mclean, VA makes all of these things and more possible. By themselves, none of these are absolutely essential to your life. Taken together though, these kinds of things are game changers. They just make day to day living simpler and more convenient.

At this point, people usually start getting super interested in the idea, but there’s the matter of cost to consider. Technology like this has to be expensive, right?

Actually, the answer might surprise you. Not only is the technology that makes all of this possible surprisingly affordable, it can save you money, which means your smart house will ultimately pay for itself, and then start putting more money into your bank account each month. Here’s how:

In tandem with a smart home installation in Mclean, VA, we recommend conducting a home energy audit. That’s something most people can do on their own, but if you’d rather delegate the duty, we’re more than happy to do one for you.

Essentially, it’s a detailed walkthrough of your home where we measure the amount of electricity that all your appliances are using. Not only does this give you a detailed snapshot of your home energy use, but it also tells you what and where your biggest energy drivers are.

Most appliances these days have highly energy-efficient variants available, so you can identify the specific appliances that are using the most power and begin making medium to long-term plans to retire those as they reach the end of their useful life and replace them with energy-sipping models, which will cut your monthly energy bill.

Many people start by swapping out their incandescent bulbs with LED bulbs, which are more expensive on the front end, but use only a fraction of the electricity while providing just as much illumination. They last for years too, so in the long run, they don’t cost any more than the lightbulbs you’re probably using right now.

When you’re done, you could probably leave every light in your house on 24/7 and be using less electricity than a single 100-watt bulb burns. We don’t recommend this, naturally, but it’s a handy illustration of just how big a difference making that one simple change can make.

On top of that, a smart home installation in Mclean, VA allows you to monitor your electricity usage in real time. You can make adjustments on the fly, tweaking your thermostat’s temperature or selectively powering appliances down to lower your monthly energy bill. A dollar not spent is just as good as a dollar earned as they both wind up fattening your bank account, and that’s how a smart home can pay for itself and ultimately wind up saving you a ton of money.

Finally, once you’ve got your home to the point where it’s using a lot less energy, and you can track and control just about every aspect of your home from a convenient console, consider adding a home generator as a backup power supply.

The simple truth is that sooner or later, the lights are going to go out. It doesn’t really matter what causes it, but it’s bound to happen. Several years ago, a tree branch fell onto a power line in the northeast and caused an outage that lasted more than a week and impacted millions of people in the middle of the winter. If you’ve suffered through a wintertime power outage, you know how miserable they are. Why subject yourself and your family to that if you don’t have to?

The good news on that front is that there’s a simple solution. Armed with the information we gained when we did the home energy audit, we can help you select a generator for home backup power. When the grid goes down, you and your family will be to carry on more or less as normal.

True, you probably won’t want to buy a generator big enough to run absolutely everything because that’s not usually cost-effective, but it’s easy enough to review your home energy audit and decide which of your appliances are the most critical and buy enough power generating capacity to keep those running until the grid is restored.

We carry a full line of world-class Generac generators and can help you pick the right one for your home. We’ll install it for you, teach you how to use it, and if you like, we can even put it on our preventive maintenance program so that when the time comes for it to do its job, you absolutely know it will work. If all of that sounds good to you, give our office a call today and let’s talk about the possibilities. 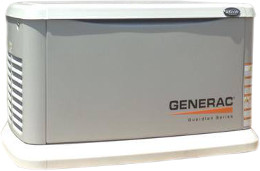 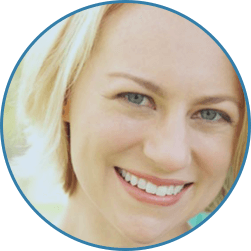